When we left the boat in November, we had left her ready to weather whatever was thrown at her. For the record, we were gone for 4 months… no cyclone! Yet we hadn’t even been back at the boat a week when we got word that a cyclone was brewing. It had only taken us a few days to dismantle all of that weatherproofing to make the boat livable again and get started on some jobs. As it so happens, one of those jobs was rebedding our hatches. In a nutshell, this job involved taking off all our windows, cleaning off the surrounding gunk and putting them back on again all nice, snug and weatherproof. With a couple of leaky hatches, this was an essential job but having giant holes in your boat is not something that you generally want with a cyclone on the way. So it was with a greater urgency that these jobs were finished and the boat put back into her cyclone ready state. Fortunately, Debbie was a real slow moving beast so there was lots of warning and lots of time to prepare. Ferries to and from the island stopped running two days before landfall. The airport in Townsville closed the day before.

We were inundated with phone calls from caring friends and family to make sure we were ready.  My mum, uncle and grandma had been caught in Cyclone Yasi 6 years earlier and were sharing their experiences so we knew what we could expect and what essentials we should pack in our cyclone kit. We spent days prepping for Debbie’s arrival. We (re)readied Batty to ride out the storm as well as two other boats in the marina. We were staying with friends to ride out the cyclone and had helped with all the necessary prep at their house. We had stores of water, batteries and had been cooking up a storm. We were ready.

Debbie slowly tracked her way south, completely missing us. We had approximately 3 light showers, some lovely, warm breezes and incredible sunsets. That was it. 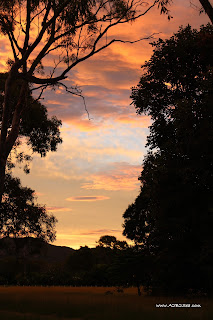 Debbie could have just as easily come for us and we are incredibly grateful that we didn’t have to go through what sounded like a pretty horrifying experience and our hearts go out to those affected. We watched the landfall while communicating with friends who were experiencing a direct hit and we watched the footage of the aftermath trying to look for boats that we knew so we could let their owners know they were safe. 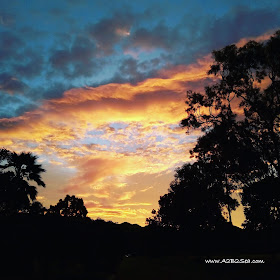 As we return everything back to it’s normal home (re-de-weatherproof), we constantly remind ourselves just how lucky we are that this is the only cleanup we have to do.